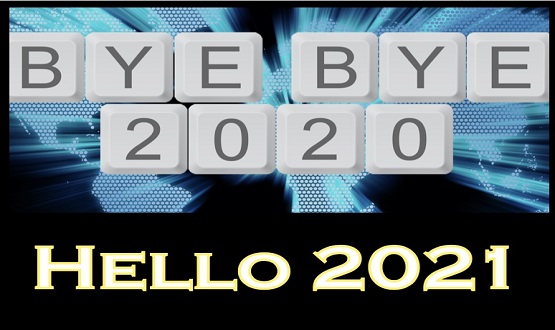 The year opened full of promise, and everyone called it 2020. Winter was just kicking into high gear with low temps, especially up here where I live. Then, right after my birthday in mid March, the word ‘lockdown’ was popularized, but has been anything but popular ever since, at least with people who weren’t also Democrats or Democrat Governors. ‘Democrat’…you know, that party which lives to control and suppress, which means “forcibly put an end to”.

So, for the rest of 2020, what did they forcibly put an end to? Well, for one thing, socialization, that thing they say homeschooling lacks. At that point, when they shut down public schools, public schooling lacked in every area, rather than merely most of them.

In other areas, we could eat on an airplane one foot from another person but not at a restaurant 8 feet from another one. Am not even going to ask the rhetorical question: Does that make sense?

You could go to WalMart and share that space with 1,000 others but not to McDonald’s to share that one with 20 others? “Essential workers” were singled out as more important, or as that guy who wrote Animal Farm would term, “more equal” than others. They could keep their jobs while waiters, waitresses, beauticians, small shop sales clerks, etc. were termed, expendable and unemployed. People residing in nursing homes were in short order, termed, deceased. Apparently they became the least essential of all.

Dear 2020, you sucked in sooo many ways, but some good things happened during you too, and most of us can name several good things that happened to them during the last 12 months, because no metaphoric bucket is ever bone dry, even when it has 2020 affixed to it.

We bid thee adieu, you predominantly foul year, and yearn to breathe unobstructed air. We want our lives back and are determined to have them.

Dear 2021, if you would be so kind as to help facilitate that, we’d truly appreciate it. 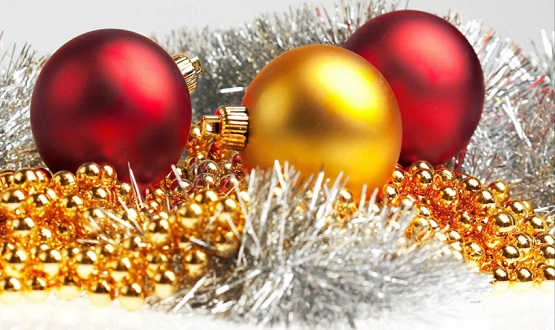 It’s full on Christmas Season, friends! 21 days till Christmas Eve! This year though, I’m going to wake up Christmas morning with my wife right here beside me. Yep, we’ve not been together on Christmas for two years, and it would’ve been three if not for this year. I’m very thankful that Tanya’s Mom will be freeing her up from those Uncle responsibilities for several days so she can be with me (!), and probably most of our kids and grandkids. That alone makes this Christmas extra special! 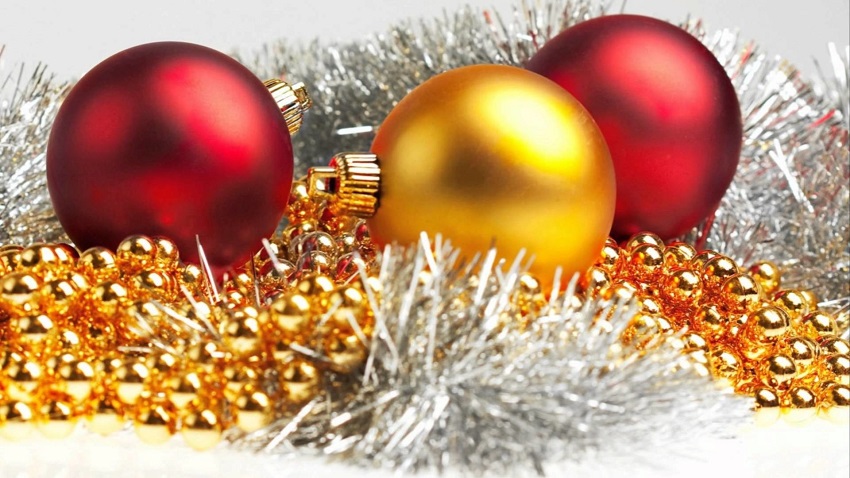 I like ‘ye olde’ Christmas carols, that is, the traditional ones. Some written hundreds of years ago, and many during the first half of the 20th century. Am not into most of the newer ones, but could be convinced by one I’ve not yet heard.

One of the newer ones (relatively speaking) that I like, is of course, by Dan Fogelberg, which goes a little somethin’ like this…

So, since this thread will probably be the most recent one for a few days, enjoy the music with the pop-up Christmas radio, and feel free to post whatever you’d like in the comment section. Use this thread as your Friday Night Music place this weekend too. 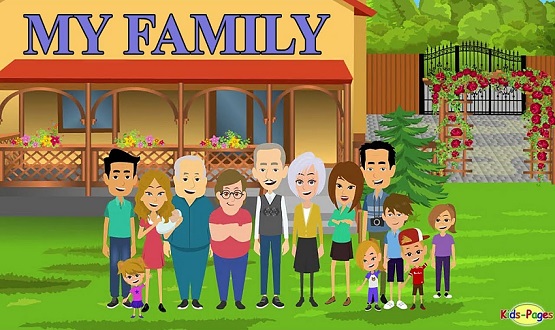 How about a thread with an all important theme? Other than God, can you think of one more meaningful than family? Spouse, kids, parents, siblings? Those are the closest and most immediate, at least they are for me.

END_OF_DOCUMENT_TOKEN_TO_BE_REPLACED 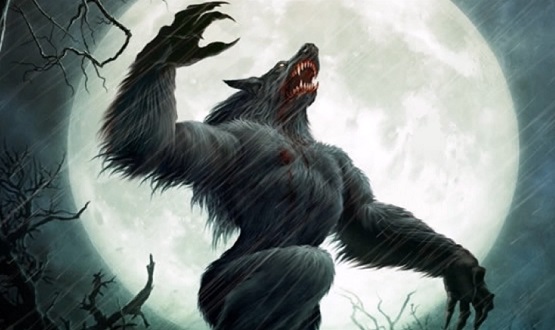 Hey, you little devils! Tomorrow is Halloween but tonight is Devil’s Night. Witches, demons, goblins, and ghosts will be at play, and tomorrow people of all ages will be wearing more masks than ever, all around the world. Masks of a different sort, however, designed not to frighten but repel tiny things you can’t see.

There’s a monstrous scenario facing this country 3 days after Halloween. The possibility that the left gains more control over our lives. Oh, that would be an insidious invasion, attacking everything we hold dear. Scary indeed. 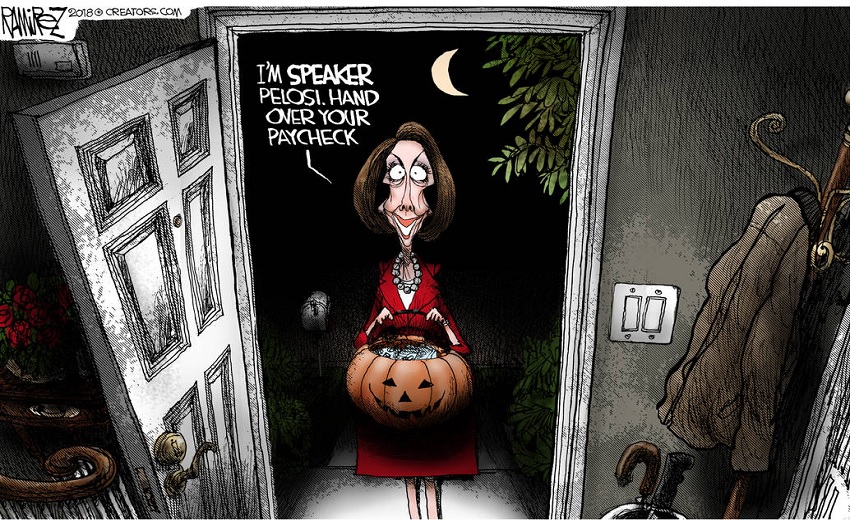 I voted in person yesterday while wearing a mask, but unveiled my true colors, hopes, and prayers, on that ballot. And we’ll once again see what sort of people populate this country as votes are counted. 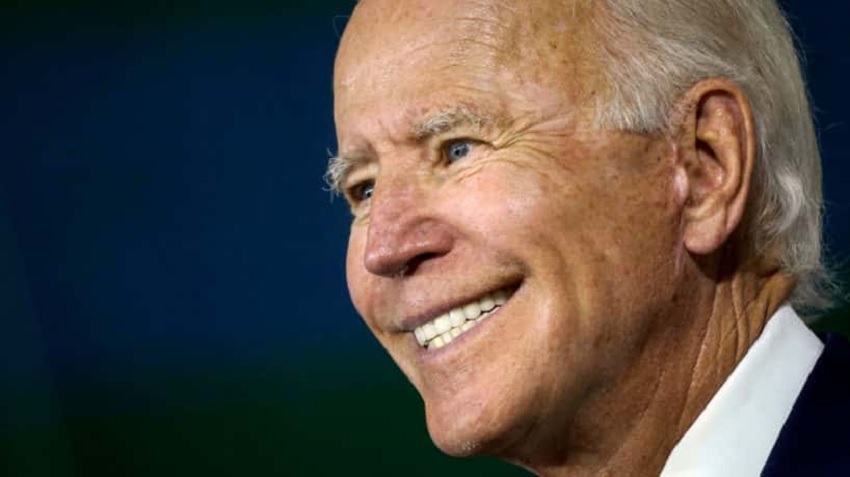 This is a Halloween we’ve not seen before. Am guessing the candy and costume industry are braced for big nosedives in sales, like bobbing for apples while trying to keep heads above water. 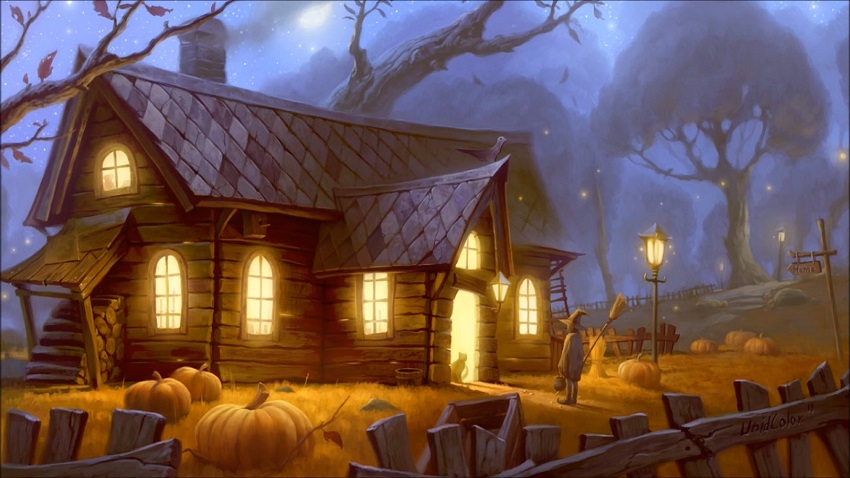 I’m not frightened by witches and such, unless you include some of those on the left, all of which appear possessed by the far left to me. They can ruin our lives with evil ideas, and can induce a very dark Winter, followed by seasons of downturns, morphing golden years into declining days. 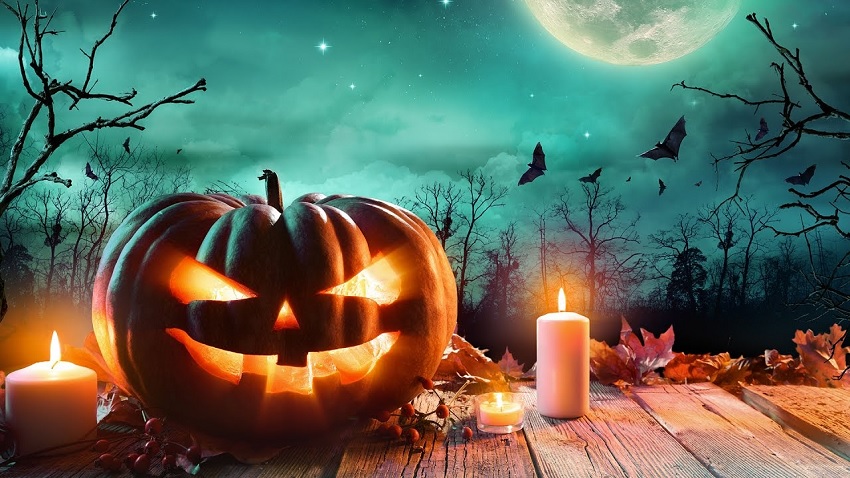 But enough of political nightmare. Good can seize the day and spread for years. In fact, it will. So I’m going to lighten and listen up, as we indulge spirits of our better angels, while letting the macabre run free for a couple of nights. 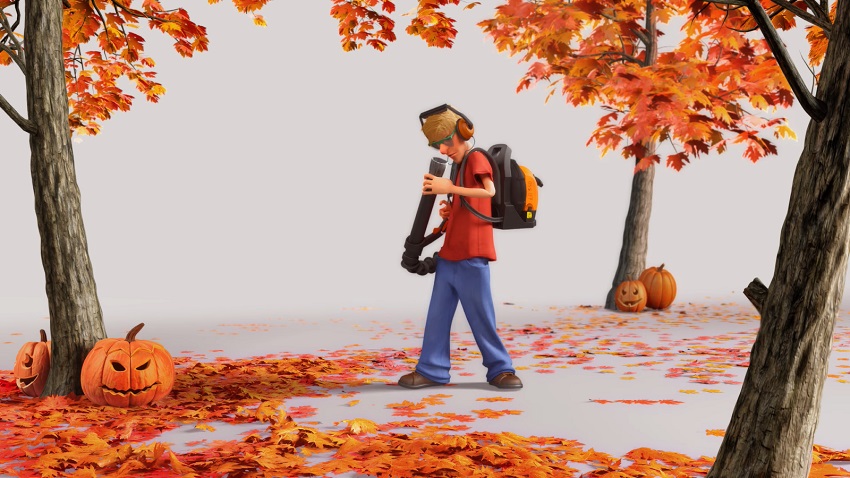 In some places, trick or treating will be done from cars. We’ll be doing that here in addition to allowing door to door treating for a couple of hours. 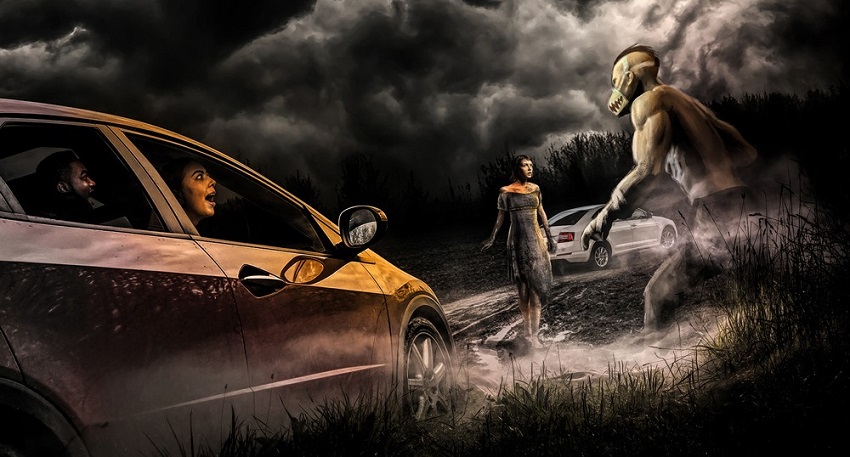 Bwahahahaha! The following is a tale from North Michigan… 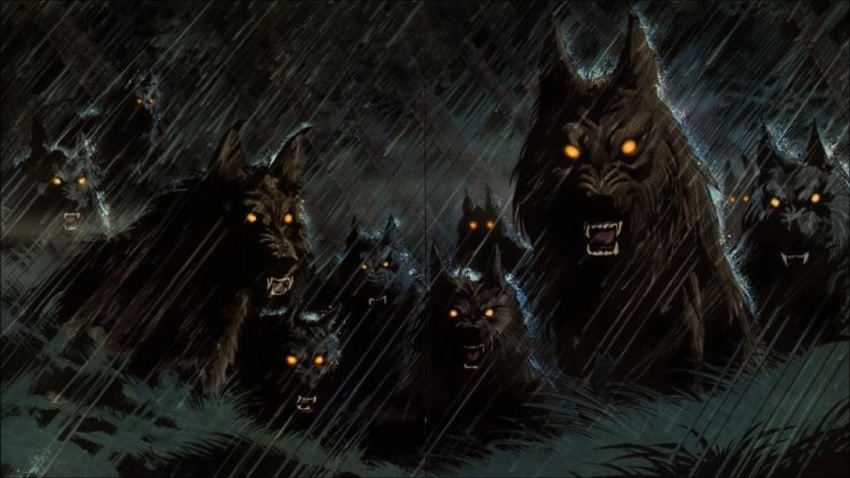 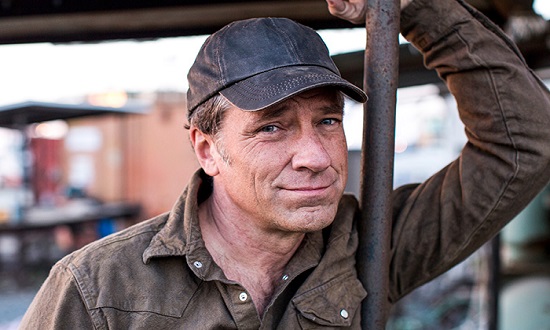 “The Way I Heard It” by Mike Rowe “His Brother’s Keeper”.

I haven’t posted the 2 most recent “The Way I Heard It” podcasts. Am wondering if you went and listened to them on your own. If not, they are presented here below along with many others. You know how the format works.

I’m exactly 5 days older than Mike Rowe. Had to look it up after listening to his talk with a high school buddy of his, which is included in the most recent presentation.

Anyway, listen to the ones you haven’t yet heard. They’re always interesting and shed new light on familiar and not so familiar people and events. 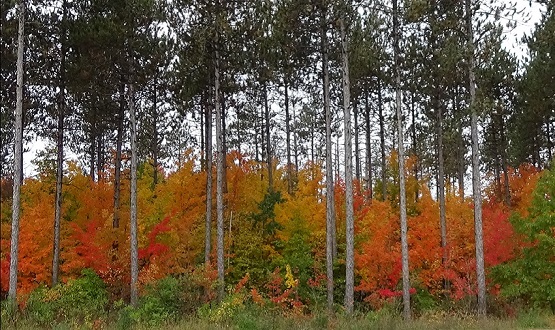 He Can Goose and Caboose Ya With Colors Like Fuchsia! Friday Music!

Next Friday is Halloween Eve, but this Friday is past peak color time in North Michigan, and it was psychedelic. 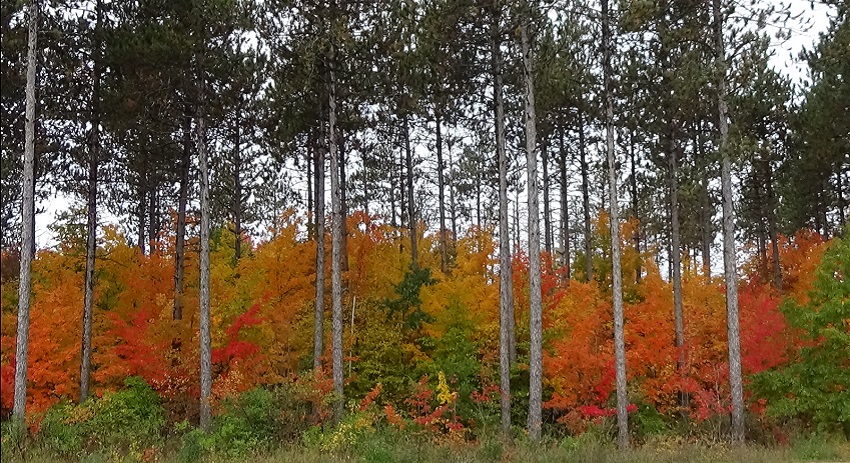 Fall fell like a huge box of fruit loops, skittles, and lifesavers, spilled all about. Oh, we’re suckers and sweet tarts for this time of year here.

A Godsent, rainbow, eye-candy-gram, that all received for smiles and miles around.

He can goose and caboose ya with colors like fuchsia!

There are scores of Fall pictures I’ve taken around Northern Michigan over the past few years during what I call my “photo walks”. The ones above from the cemetery are all from this month. Here are some others you may have seen before. 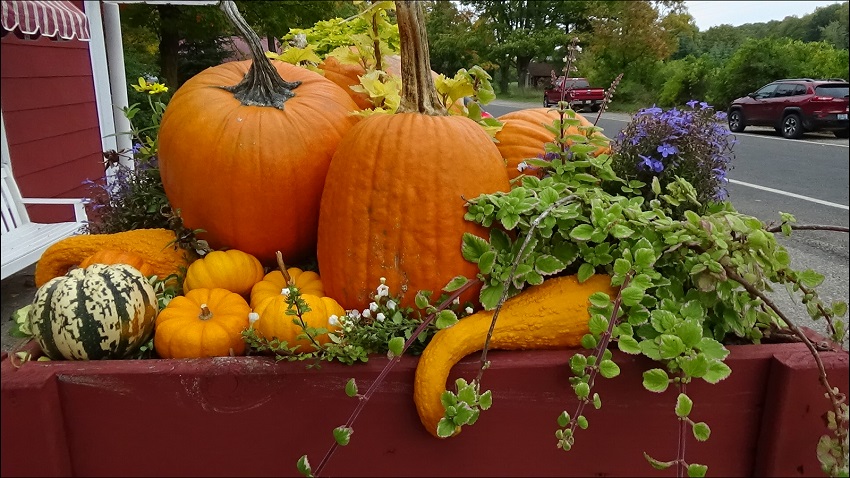 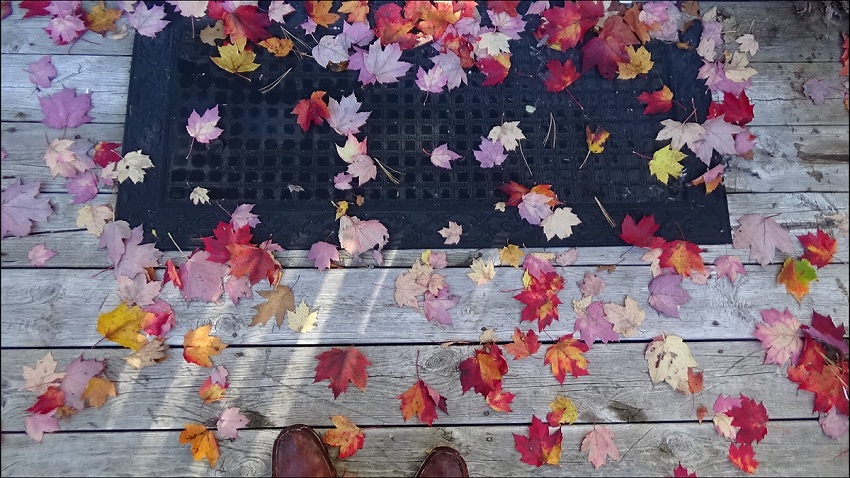 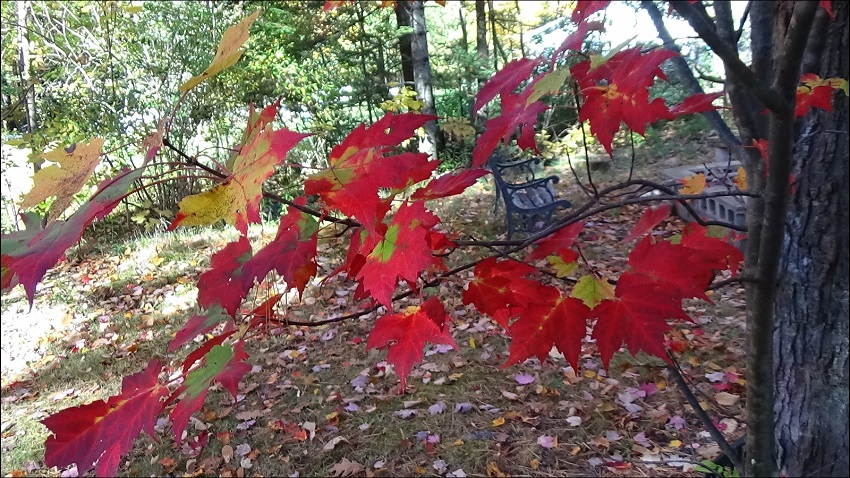 Compared to yours our Fall’s further along, but now it’s time to break into song. I suppose the theme is color, Fall, God, and beauty?